Retrospection In The Tax System

In this guest blog, Tom Wallace of WTT Consulting discusses a new piece of retrospective tax legislation which has snuck into the Chancellor’s recent budget without many people noticing.

Characteristics of a tax system

In his 1776 book The Wealth of Nations, Adam Smith agued a tax system should have four characteristics; equity, certainty, convenience, and efficiency.  Retrospective tax clearly flies in the face of certainty given that by its very nature it changes the tax treatment of an event that has already taken place.

Contrary to popular belief and perhaps the four characteristics above, there is nothing to prevent the creation of retrospective legislation, and whilst it has often been argued that retrospection is a breach of Human Rights, these arguments have been consistently rejected by the Courts.  In the main the Courts have considered retrospection to defeat tax avoidance arrangements to be in the wider public interest which outweighs the infringement of a perceived subset of the taxpaying population.

Recently however we have seen a move to use retrospection to, in HMRC’s words, “clarify the legislation as it always was”.  This has included changing the legislation on opening enquiries, and the more recent revision of powers to use discovery assessments to collect the Higher Income Child Benefit Charge (HICBC).  This reasoning is at best disingenuous given that, at the time of retrospection, the Courts had already issued decisions that very clearly told HMRC that the law did not operate the way they had been using it.

The HICBC is a charge levied on those with an adjusted net income over £50,000 where either partner is in receipt of Child Benefit.  For every £100 over that amount you are required to repay 1% of the Child Benefit received, and this should be declared using the self-assessment tax return.  For those that did not complete a return, HMRC have been using their discovery assessment powers to assess the charge as income, however the have Courts ruled that the HICB was not income and therefore the legislation could not be used to recover the underpayment.

Whilst clearly not a decision HMRC would welcome, a reasonable expectation is that they would react by amending the legislation to operate how they envisaged for the future, whilst continuing to challenge the past by pursuing their arguments to a higher Court.  Alas, they have decided instead to undermine the Courts and revise the law as to how they always wanted it to work which not only makes the Judge’s considered view annulled, but also erodes the separation of powers that the UK legal system is built on.

In 1978 the Government of the day implemented the so-called “Rees Rules”, named after Peter Rees MP, who had tabled a motion that retrospective legislation should only take effect from the moment it is announced in Parliament, even if not enacted until the next Finance Act.  Here however we have legislation that not only takes effect from the announcement on budget day, but goes back to when the legislation was first implemented and gives it a meaning that the Courts have said it did not have, or indeed could not be intended to have, given the HICBC did not exist at the time.

Whilst in isolation this does not affect the vast majority of taxpayers, it clearly shows that even where relatively low amounts of tax is at stake HMRC is prepared to ride roughshod over the Court’s considered view.

Quite what Adam Smith would have made of that is anyone’s guess. 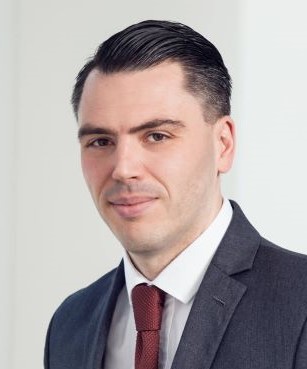 Tom is Director of Tax Investigations at WTT Group.  He is a former Senior Inspector of Taxes who since leaving HMRC in 2017 has focused on the tax needs of freelancers.
Read Full Bio

PrevPreviousIt’s Not All About The Money!
NextRecruitment Firm Accused Of Furlough FraudNext